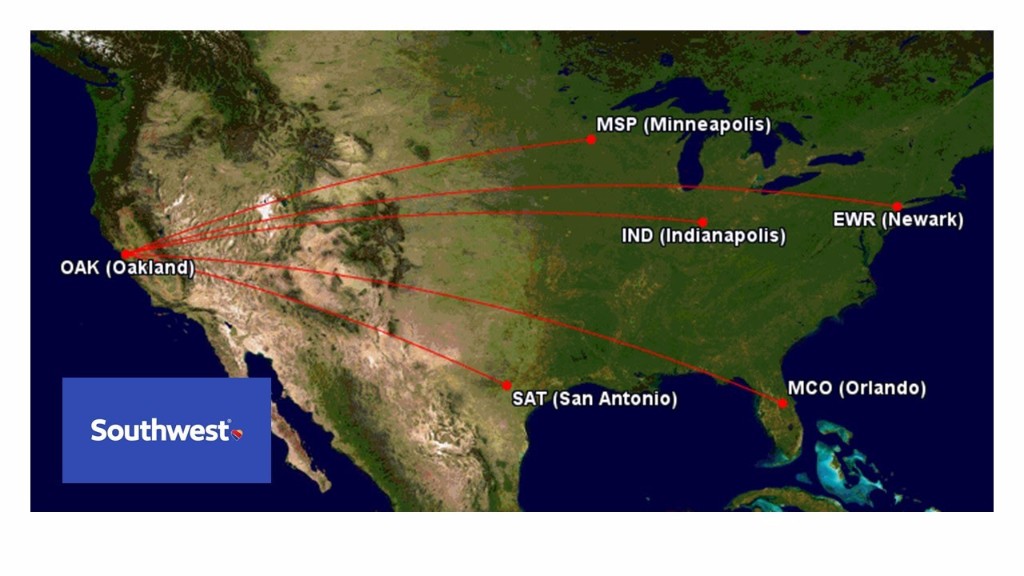 The new nonstop flights bring the total number of destinations offered from OAK to a record high 33. Southwest previously announced daily nonstop service to New York/Newark Liberty, International Airport beginning April 8, 2018, which will operate year-round. A Saturday-only service to Orlando also begins in April with frequency increasing to daily July 15. The flights are now on sale exclusively at Southwest.com.

“Southwest allows millions of residents and visitors to Fly the East Bay Way, and these new high-demand destinations make it easier than ever to do so,” said Bryant Francis, Port of Oakland Director of Aviation. “With over 60 destinations globally offered from OAK, the reasons to make a Transbay journey to catch a nonstop flight are steadily diminishing.”

Southwest Airlines will be the sole carrier on each route from OAK.

Oakland International is the fourth busiest airport in California and second busiest in the San Francisco Bay Area. Serving over 12 million travelers annually, OAK is the closest airport to the region’s top business and tourism venues. It is also the closest airport for most local residents.

Oakland’s air service roster to over 50 nonstop destinations is offered on 13 different airline brands – seven of which operate with OAK as their sole gateway into the San Francisco Bay region.