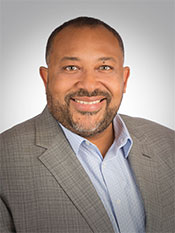 Mr. Francis will lead a staff of 216 responsible for the operation of the San Francisco Bay Area's second-busiest airport. He was selected from more than 100 candidates in a nationwide search.

"We're excited about Bryant's arrival in Oakland," said Chris Lytle, Executive Director at the Port of Oakland. "His selection was based on a combination of his professional background and skill, vision for Oakland International Airport, and fit as a member of the Port's Executive Management Team."

Aviation is one of three principal business lines at the Port along with Maritime and Commercial Real Estate. Annual passenger traffic at Oakland International Airport increased 8.4 percent in 2015 to 11.2 million travelers.

"This is an incredible opportunity in a dynamic growth market and I am honored to have been selected as the Port's new Director of Aviation," said Mr. Francis. "I'm very familiar with the role Oakland International Airport plays in the Bay Area and look forward to working with the talented staff to lead the Airport to even greater levels of success."

Mr. Francis has been Director of Long Beach Airport since January, 2015. He was previously Director of Airports in Shreveport, La. He also served in executive capacities at airports in Boise, Detroit and Palm Springs, and began his career in Atlanta. Mr. Francis is a member of the Airports Council International – North America Board of Directors and is also the American Association of Airport Executives Diversity Committee Chair.