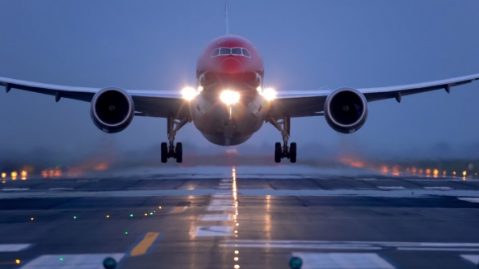 Bryant L. Francis, Port of Oakland Director of Aviation at OAK said, “We are pleased to soon offer nonstop Paris service for Bay Area travelers and visitors. Norwegian continues to be a key partner in growing Oakland as a gateway to Europe, and the new Paris route makes Oakland International Airport an even easier choice for international travel to and from the Bay Area.”

"We're very excited to add another route out of Oakland," says Norwegian CEO Bjørn Kjos. “Not only do we offer Bay Area residents the most affordable fares to Europe on an award-winning airline, we also offer more European routes out of the Bay Area than any other airline. Oakland has been a great airport partner for us and we look forward to continuing to expand our presence here.”

Paris is the second largest European market from the San Francisco Bay Area after London. The new route will become OAK’s 8th European destination, the 7th European route offered by Norwegian from OAK, and the fourth new Norwegian route added within a year. Currently, Norwegian flies to Oslo, Stockholm, London, Copenhagen and Barcelona from Oakland. New service to Rome will begin in February 2018.

One-way fares to Paris from OAK begin as low as $229.  To research schedules or book flights, visit Norwegian.com/us.

Oakland’s air service roster to approximately 60 nonstop destinations is offered on 13 different airline brands – seven of which operate with OAK as their sole gateway into the San Francisco Bay region.