Oakland’s new, 236 foot-tall air traffic control tower and 13,000 square-foot base building will be one of the Federal Aviation Administration’s most environmentally friendly structures. The FAA will work to achieve a U.S. Green Building Council LEED Gold environmental rating for the tower, which will replace the two existing Oakland airport control towers.

American Reinvestment and Recovery Act (ARRA) funding totaling $33.2 million will pay for construction of the tower and base building, plus some equipment for the facility. 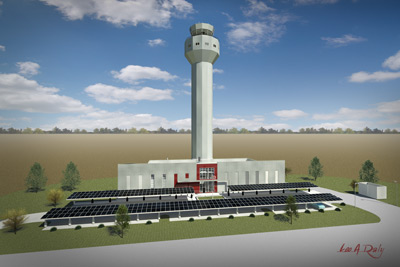 The facility’s environmental benefits are expected to include: