OAK took first place in the Social Media Campaigns category. Among North America airports, OAK was an early adopter in using Facebook as a communications tool for business development. In fact, Forbes Magazine ranked OAK’s Facebook page No. 4 worldwide among large international airports for Facebook followers in August 2010. OAK uses Facebook to engage its customers and people interested in the airport in an ongoing dialogue about air service, developments at the airport, customer services, community events, and cost-saving offers for travelers. To date, OAK has over 14,700 “Likes,” an average increase of 600 over the past two months, and over 80,000 “Check-ins” on its Facebook page. OAK “fans” hail from over 20 countries around the world and speak more than a dozen languages. OAK has a large fan base in Mexico, in support of the airport’s emergence as a major U.S. gateway in that country.

Second place was awarded to OAK in the Partnering With Carriers category. The first six weeks of the New Year are typically the slowest for air travel. Not at OAK, however, due to its innovative “PARK FREE, Fly on Time” campaign. Between New Year's and Valentine's Day 2011, OAK offered free parking in its Daily lot for those traveling midweek to four Southern California cities. Passengers going to Los Angeles/LAX, San Diego, Orange County or Long Beach were offered up to 72 hours of free parking, a $66 value. OAK partnered with JetBlue Airways and Southwest Airlines, which fly nonstop to these markets and have traditionally been the airport’s core business. The successful campaign generated over $200,000 in additional parking revenue and more than 10,000 additional passengers for OAK. Another important by product is that OAK's world-leading Facebook site had a 32% increase in followers as a result of this campaign.

OAK also received a second place award for its “We Save You Time” branding initiative in the Marketing Campaigns category. The “What You Do With The Extra Hour Is Up To You!” online interactive photo contest was designed to engage customers in support of OAK’s core value proposition, cleverly included in the contest title, that flying through Oakland saves time relative to the other Bay Area airports. Local residents were asked to upload photos to OAK’s website and Facebook page showing what they do with the extra hour typically saved by flying through Oakland. They were also invited to do rank choice voting on one’s favorite photo. Over 400 eligible photos were entered, 500,000 votes were cast, and website and Facebook traffic skyrocketed during peak of voting in the contest. Ultimately, the campaign increased awareness of OAK airlines’ on-time performance within the Bay Area region. Three photos were chosen that best reflected the We Save You Time message as well as fun and interesting reflections of life in the Bay Area. Winners were awarded vacation packages to Kona, New York and San Diego courtesy of OAK partners Hawaiian Airlines, JetBlue Airways and Southwest Airlines, as well as Kimpton Hotels & Restaurants and Outrigger Hotels and Resorts.

OAK received third place in the Print Advertising category. Equipped with over 400 great photos from the We Save You Time branding campaign (see above), OAK incorporated the entry photos into its regional print advertising campaign. A domination campaign was executed in downtown San Francisco Bay Area Rapid Transit (BART) stations and the Powell Street San Francisco Cable Cars. Embarcadero, Montgomery and Powell Street BART stations were chosen as they are heavily transited with 40,000 daily riders each, and primarily used by the over 350,000 East Bay residents that commute to downtown San Francisco each business day as well as tourists. The spring 2011 advertisement placement coincided with the busy Memorial Day holiday period and US Travel Association’s annual international “Pow Wow,” attended by over 15,000 travel buyers from all over the world. This print advertising campaign allowed OAK the opportunity to connect with our customers in a fun, genuine and innovative way, all virtues that are the essence of the San Francisco Bay Area. 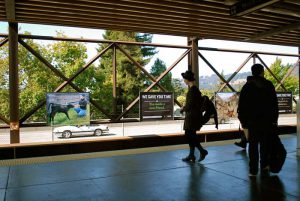 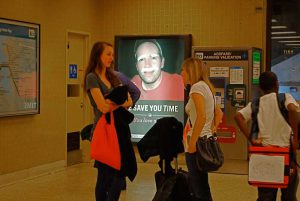 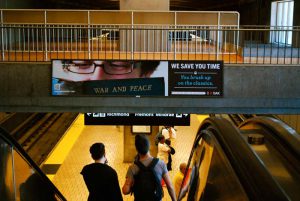 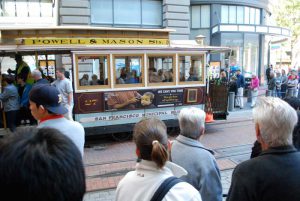 “Oakland International Airport staff is honored to be recognized for the fifth consecutive year by Airports Council International – North America for being a social media leader among our peers and the quality of our hard work in supporting our air carrier customers,” said Deborah Ale Flint, Director of Aviation for the Port of Oakland, which owns and operates OAK. “We are proud of our four awards in 2011, the most we have ever received in one year. Being ranked among the top airports in North America for marketing and communications excellence also demonstrates our success in executing an aggressive marketing campaign in order to sustain and grow our core line of business and, simply put - attract more passengers, as set forth in the Port of Oakland's Strategic Plan," she continued.

ACI judges from across the nation evaluated entries based upon innovative approaches and overall effectiveness of the efforts. Award winners will be recognized at the ACI-NA 20th Annual Conference & Exhibition in San Diego the week of Oct. 16, 2011. This year, 44 airports and airport authorities across North America submitted 175 entries in the contest which encompasses categories that recognize work in marketing and public relations, and provides airports the opportunity to be honored for the quality of their work.

About ACI-NA
The mission of Airports Council International - North America (ACI-NA) is to advocate policies and provide services that strengthen the ability of air carrier airports to serve their passengers, customers and communities. ACI-NA represents local, regional and state governing bodies that own and operate commercial airports in the United States and Canada. ACI-NA member airports enplane more than 95 percent of the domestic and virtually all the international airline passenger and cargo traffic in North America. More than 350 aviation-related businesses are also members of the association, which is the largest of the five worldwide regions of Airports Council International. Visit ACI-NA for press release and awards list.