With more than 8,000 airport employees and nearly 14.5 million passengers traveling through OAK annually, there's a lot of trash generated, much of it recyclable material. On Earth Day 2002, OAK launched its recycling program to divert discarded newspapers and magazines; office paper; aluminum and plastic beverage cans and bottles; and plastic food take-away containers from landfills. The airport has recently enhanced it further by installing 35 new recycling stations in the terminals.

These additional recycling stations are conveniently located adjacent to a trash receptacle and will encourage greater recycling by identifying the types of acceptable material through visuals on the top and sides of each station. OAK is well on its way to achieve its goal of diverting over 50% of post-consumer trash from landfills through this enhancement. In 2006, the program diverted over 340 tons of material (259 tons of cardboard/fiber and 81 tons of bottles/can) from landfills.

In 2004, the airport added food waste to its recycling efforts.  The food waste program collects pre-consumer waste such as vegetable trimmings, coffee grounds and filters, milk cartons, cheesy pizza boxes and used paper towels from airport food concessionaires for use as high-nutrient fertilizer in the production of organic food and fiber. Over 76 tons of food waste was diverted from the landfill in 2006 up from 51 tons in 2004 when food waste recycling began. 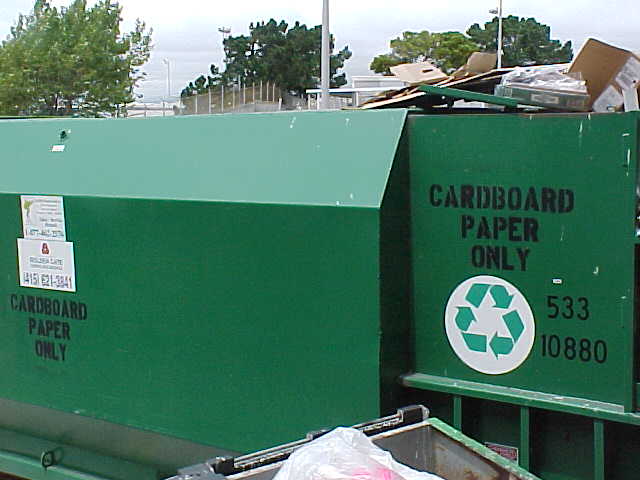 Prior to 2003, each airline contracted separately with a waste company, resulting in inefficient garbage disposal and inconsistent recycling. Then, in 2003, OAK worked with the airlines to consolidate their waste and recycling into one coordinated program.  The airlines now recycle magazines, newspaper, cardboard and bottles, diverting over 101 tons of recycling from landfills in 2004, resulting in less waste going to the landfills and about $14,000 in cost savings monthly. 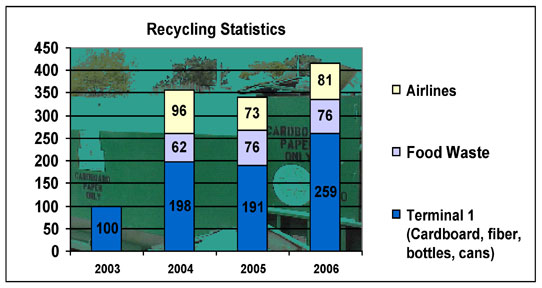