Need a Hawaiian Holiday During the Holidays? Hawaiian Airlines Offers Daily Service to Honolulu and Maui from Oakland International Airport 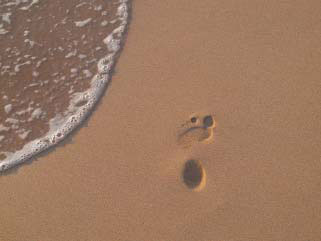 Due to high demand, Hawaiian will provide service from OAK to Maui on Boeing 767-300 widebody, twin-aisle aircraft, seating 264 passengers. The daily flight will depart OAK at 7:40 a.m. and arrive on Maui at 11:05 a.m. The return flight will depart Maui's Kahului Airport at 12:35 p.m., arriving at OAK at 7:35 p.m. The timing of the flight allows passengers to connect to other flights within Hawaii as well.

“We know that Maui no’ka oi, and Bay Area travelers know this, too, as they continued to choose this beautiful destination from Oakland this past summer,” said Deborah Ale Flint, Director of Aviation for the Port of Oakland, which owns and operates OAK. “This strong demand is the reason that Hawaiian Airlines is continuing with their double-daily, widebody service to Hawaii over the winter holidays,” she elaborated.

Tickets for the Maui flight are available for purchase now. Book online at HawaiianAirlines.com or call Hawaiian’s reservations department toll-free at (800) 367-5320.

OAK continues to be a primary Bay Area gateway to Hawaii, with airlines now offering nonstops to four islands: Oahu, Maui, Kauai and the Big Island of Hawaii.

In 2009, Oakland International Airport and Hawaiian Airlines were named the nation’s No. 1 on-time airport and airline, according to U.S. Department of Transportation’s Air Travel Consumer Report. “Maui the Magic Isle” captured “Best Island in the World” honors in the 23rd annual Condé Nast Traveler 2010 Readers’ Choice Awards. According to the magazine, “Maui is the only island to score above 90, making it No. 1 in the world for the 16th time.” More on Maui can be found at Visit.Maui.com.

Photo of footprint in the sand above was submitted by a Bay Area resident in OAK’s What You Do With The Extra Hour Is Up To You photo contest.

About Hawaiian Airlines
Hawaiian is the nation's highest-ranked carrier for service quality and performance in 2009 in the 20th annual Airline Quality Rating study. Hawaiian has also led all U.S. carriers in on-time performance for each of the past six years (2004-2009) and has been an industry leader in fewest misplaced bags during that same period (No. 1 from 2005-2007, No. 2 in 2008 and 2009) as reported by the U.S. Department of Transportation. Consumer surveys by Conde Nast Traveler, Travel + Leisure and Zagat have all ranked Hawaiian the top domestic airline serving Hawaii.

Now in its 81st year of continuous service for Hawaii, Hawaiian is the state's biggest and longest-serving airline, as well as the largest provider of passenger air service to Hawaii from the state's primary visitor markets on the U.S. mainland. Visit HawaiianAirlines.com for more information.