Another First at Oakland International Airport 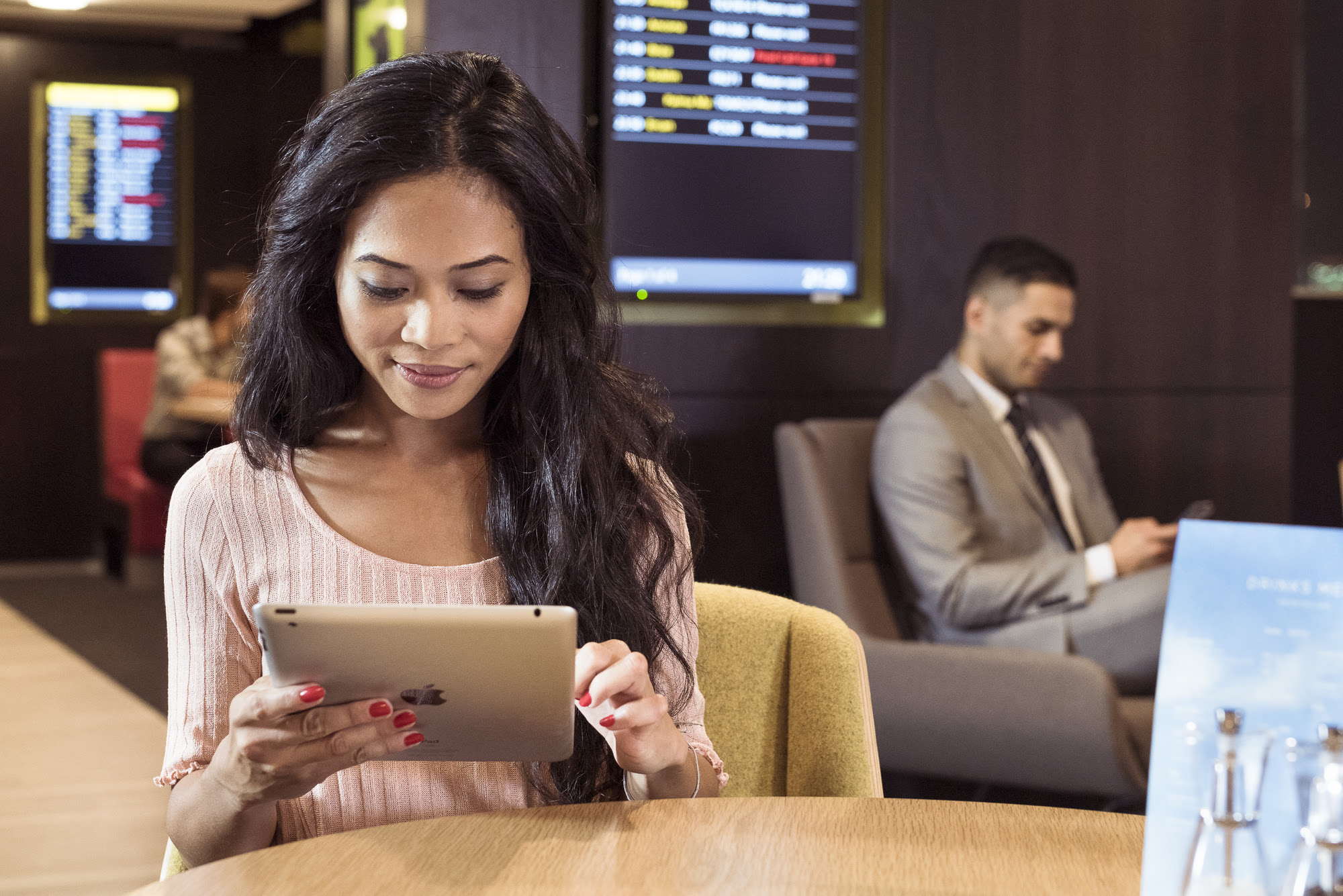 “We’re moving aggressively to grow the Airport’s business,” said Bryant L. Francis, Aviation Director at the Port of Oakland, which operates the Airport. “We’re in the midst of a sustained growth pattern, in terms of passenger traffic, and amenities such as the Escape Lounge help us provide an upgrade to the entire travel experience for all of our customers.”

“MAG USA is pleased to open the first airport lounge at Oakland International Airport and offer all passengers a convenient, affordable premium lounge experience,’’ said Rosemarie Andolino, President and CEO of MAG USA. “Passengers traveling through the East Bay will now have access to an airport lounge where they can relax and recharge while enjoying award-winning, local, chef-inspired cuisine from Oakland-based chef, Chris Pastena, to enhance their travel experience”.

According to Airport and MAG officials, Escape Lounge is available to all travelers for $45*, and $40* for those who pre-book online at www.escapelounges.com.  That’s a departure from traditional premium lounges that are affiliated with airlines and are generally reserved exclusively for their passengers.

MAG will offer 10 free entry passes daily through December 31, 2016, to OAK passengers in-terminal using Facebook. Each day during the offer, travelers within the OAK airport terminals and the immediate vicinity will be served a Facebook advertisement for the campaign, for an opportunity to experience the Escape Lounge while at the Airport.

The more than $2 million, 2,700-square-foot lounge is located in Oakland’s Terminal One near Gate 8.  Airport officials said its opening is well-timed to complement recent and upcoming growth in international routes.  Oakland introduced its first-ever London nonstop service in May aboard Norwegian Air.  It will launch Barcelona and Copenhagen flights in 2017.

According to Airport officials, roughly 20 percent of air travelers seek out premium lounges during airport layovers.  With more and longer flights coming to Oakland, the new lounge will provide a more exclusive and relaxing amenity, the Airport said. Those who fly Norwegian from OAK to Europe in Premium Class will have the Escape Lounge included in the fare.

Oakland’s Escape Lounge is the third opened in the U.S. by MAG USA.  Another, at Minneapolis-St. Paul Airport, opened last December, and one recently opened at Bradley International Airport in Hartford, Connecticut.

OAK customers can now also fly nonstop to El Paso, Texas, bringing Oakland’s air service roster to over 50 destinations on 12 different airline brands – seven of which operate with OAK as their sole gateway into the San Francisco Bay region.